Here's an update from last week!

Ended up choosing this guy to develop into a full character. 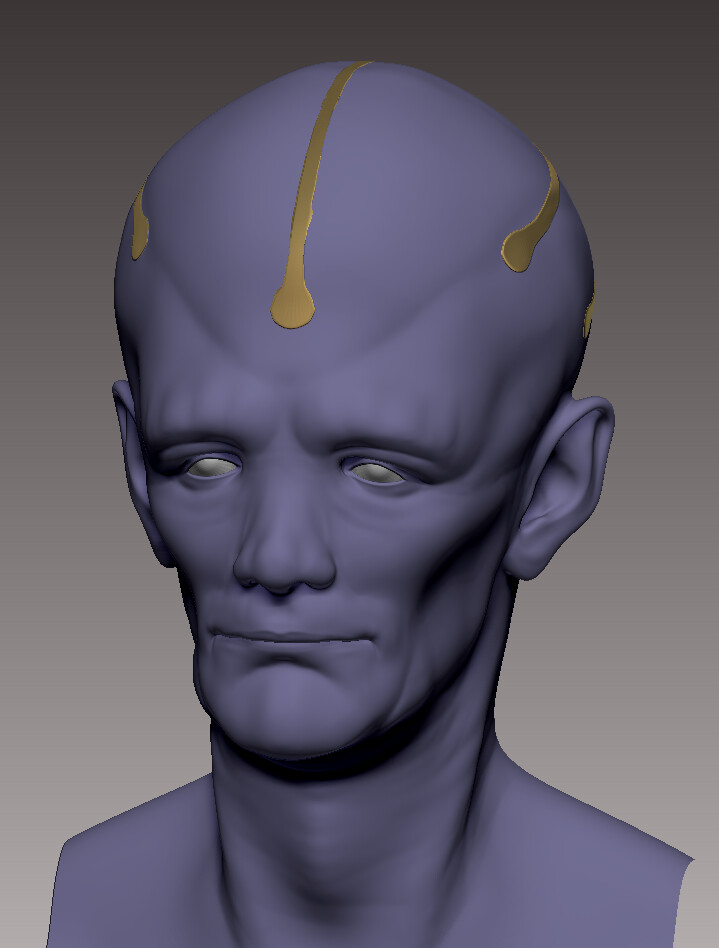 For his suit I took the same approach that I used on the head, laid down a rough base mesh on Zbrush and quickly started adding some layers with features that I wanted to have on it.

With some optimization I believe this technique can be almost as fast as thumbnailing with the advantage that you already have a 3D mass in place and not only can concept it 360 but when you're finished with it you already have a very good base for the 3D Artist to start from.
Annnd since the volumes are all in place, there's no need for much back and forward between concept and production.

Still need a bit to do on the Cap, want to add some mechanical elements on his back and joints (like a mild exo suit to help him with the G's), maybe some small thrusters, so he can maneuver on his own in space and mayyybe some lasers :P piu piuu . That would be cool.
After that, it's detail time.

Hope you guys dig it!